Review of FOXP2 and its role in brain development, speech, and the evolution of language

Edmund Blair Bolles over at Babel's Dawn discusses a very interesting review of "FOXP2 and the role of cortico-basal ganglia circuits in speech and language evolution" by Wolfgang Enard. Be sure to check it out!
Below you can find the abstract of the review:

"Purpose of the review

A reduced dosage of the transcription factor FOXP2 leads to speech and language impairments probably owing to deficits in cortical and subcortical neural circuits. Based on evolutionary sequence analysis it has been proposed that the two amino acid substitutions that occurred on the human lineage have been positively selected. Here I review recent studies investigating the functional consequences of these two substitutions and discuss how these first endeavors to study human brain evolution can be interpreted in the context of speech and language evolution.

Mice carrying the two substitutions in their endogenous Foxp2 gene show specific alterations in dopamine levels, striatal synaptic plasticity and neuronal morphology. Mice carrying only one functional Foxp2, show additional and partly opposite effects suggesting that FOXP2 has contributed to tuning cortico-basal ganglia circuits during human evolution. Evidence from human and songbird studies suggest that this could have been relevant during language acquisition or vocal learning, respectively.

FOXP2 could have contributed to the evolution of human speech and language by adapting cortico-basal ganglia circuits. More generally the recent studies allow careful optimism that aspects of human brain evolution can be investigated in model systems such as the mouse.

► First functional studies investigate human FOXP2 evolution in a mouse. ► Human-specific properties of FOXP2 are specific to cortico-basal ganglia circuits. ► These properties might be relevant for language acquisition and/or vocal learning."

Posted by Michael Pleyer at 09:05 No comments:

It looks like Terrence Deacon, famed author of The Symbolic Species: The Co-evolution of Language and the Brain (1997), the second most cited text in the Language Evolution and Computation Bibliography has a new book out in November this year called "Incomplete Nature: How Mind Emerged from Matter". I don't know to what extent this book will have anything interesting to say about the evolution of language per se, but as it seems to focus on the evolution of cognition, it certainly looks like its well worth a read.

A radical new explanation of how life and consciousness emerge from physics and chemistry.

Leading biological anthropologist and neuroscientist Terrence W. Deacon, whose acclaimed book The Symbolic Species explained how the human brain evolved its capacity for language, now offers a radical new approach to the riddle of consciousness. The fact that minds emerged from life and life emerged from inanimate matter leads Deacon to reexamine this mystery from the bottom up. While the same kinds of atoms make up rivers, bacteria, and human brains, Deacon shows how their dynamical relationships produce their different properties. In Incomplete Nature he reveals a missing link: emergent processes that are neither fully mental nor merely material, which provide a bridge connecting the two. He demonstrates how functions, intentions, representations, and values-despite their apparent nonmaterial character-can nevertheless produce physical consequences. Origins of life, information, sentience, meaning, and free will all fall into place in a fully integrated scientific account of the relationship between mind and matter.

Does Language Shape Thought? Different Manifestations of the Idea of Linguistic Relativity (I)

Does the language we speak influence or even shape the way we think? Last December, there was an interesting debate over at The Economist website with Lera Boroditsky defending the motion, and Language Log’s Mark Liberman against the motion (who IMO, both did a very good job).
The result of the online poll was very clear: 78% agreed with the motion, while 22% disagreed.
There are, however, three main problems with this way of framing the question: First, it’s not really clear what ‘language’ really is, second, the same goes for “thought”, and third, there are many many ways of “influencing” and “shaping” something an bee conceptualized.
In this post I want to focus on the third problem and present a very useful classification system for hypotheses about linguistic relativity outlined in an article by Phillip Wolff and Kevin J. Holmes, which was published in the current issue Wiley Interdisciplinary Review: Cognitive Science.

Different manifestations of the idea of linguistic relativity

Language as Language-of-Thought
In its most extreme form, thought is simply equated with language. But this view, in which the units of thought are simply words from natural language, clearly can’t be right. For example, we can have thoughts that are difficult to express, we can understand ambiguous expressions (like “Kids make nutritious snacks”), and we are able to coin new words that express new meanings. All this would not be possible if we didn’t have a more fine-grained mental representation that that is encoded in words. In addition, research on non-human primates and human infants suggests that they are capable of some sophisticated forms of thought even in the absence of language.
This line of reasoning points to a representational format for concepts, categorization, memory, and reasoning that is separate from language.
On a very general level, then, we can all agree that thought is separate from language. But what about the many different ways language can affect thought?
Here, we can first make a distinction between views that hold that language determines thought (linguistic determinism), and those that hold that there are structural differences between language and thought, but that, nevertheless, language influences the way we think.
Linguistic Determinism 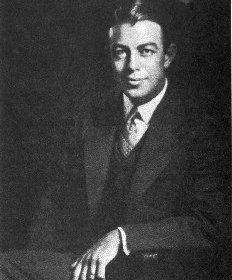 Linguistic determinism, a position most often connected to the name of Benjamin Lee Whorf, separates language from the conceptual system, but holds that the language we speak determines the basic categories of thought. This influence is seen as so strong that it can even overwrite pre-existing perceptual and categories in a way analogous to the way infants lose the ability to notice phonetic distinctions that do not exist in their native language. For example, at 6 months, infants growing up in English-speaking households are able to discriminate sounds that in Hindi are seen as different but in English are not, but at 12 months they have lost this ability and only pay attention to sound distinctions relevant to English (e.g. Dirven et al. 2007).
The linguistic determinism-hypothesis poses that this process also holds for many other areas of perception and, critically, cognition. To quote Whorf:

“The world is presented in a kaleidoscopic flux of impressions which have to be organized largely by the linguistic systems in our minds.”

“We cut up nature—organize it into concepts—and ascribe significances as we do, largely because of absolutely obligatory patterns of our own language.”

(Please note that in most of his writings, Whorf actually argues for a position that is much more sophisticated and subtle than the one expressed in these popular quotes)

If language is given the role of organizing “the kaleidoscopic flux of impressions” presented to us by the world, this means that on this view, there is a very tight connection between what we can call the conceptual system/thought, and language, one the one hand, and a very loose connection between the conceptual system/thought and the world on the other.
A lot of research in the cognitive sciences, however, indicates that the relationship between thought and the world is much tighter than is assumed in linguistic determinism. For example, languages differ in the way they talk about motion events, especially in the way they encode the direction or path of a motion, on the one hand, and the manner of motion on the other:

However, studies by Anna Papafragou and others suggest that although, say, English and Spanish speakers talk differently about the same motion event, the still remember it similarly:

"both manner and path seem to be available to an equal extent to speakers of different languages for purposes of (non-linguistic) categorisation and memory, regardless of whether these components are prominently and systematically encoded in the language." (Papafragou & Selimis 2010: 229)

These results and other experiments suggesting that in some respects 'thought and language' are less well aligned than 'thought and world' of course pose a serious problem for linguistic determinism.

Other Ways Language Might Have an Effect on Thought

In sum, this means that two versions of the Sapir-Whorf-Thesis – the Language-as-Thought and Linguistic Determinism hypotheses – can be rejected. But this still leaves us with the many ways language can have an effect on thought.
As Wolff & Holmes note it is precisely because" language and the conceptual system differ that we might expect a tension between them, driving each system to exert an inﬂuence on the other."

Wolff & Holmes use 5 different metaphors to classify the ways this can happen. Papafragou, Anna and Stathis Selimis (2010): "Event categorisation and language: A cross-linguistic study of motion." In: Language and Cognitive Processes 25: 224-260.

Posted by Michael Pleyer at 16:13 No comments:

Michael Pleyer
Mannheim, Germany
I am a PhD Student at the Department of English at Heidelberg University. My dissertation project deals with perspective in language and cognition.I am mostly interested in language evolution, language acquistion, language & cognition, cognitive development, especially the development of perspective-taking and -setting abilities, as well as the philosophical implications of... well pretty much everything.